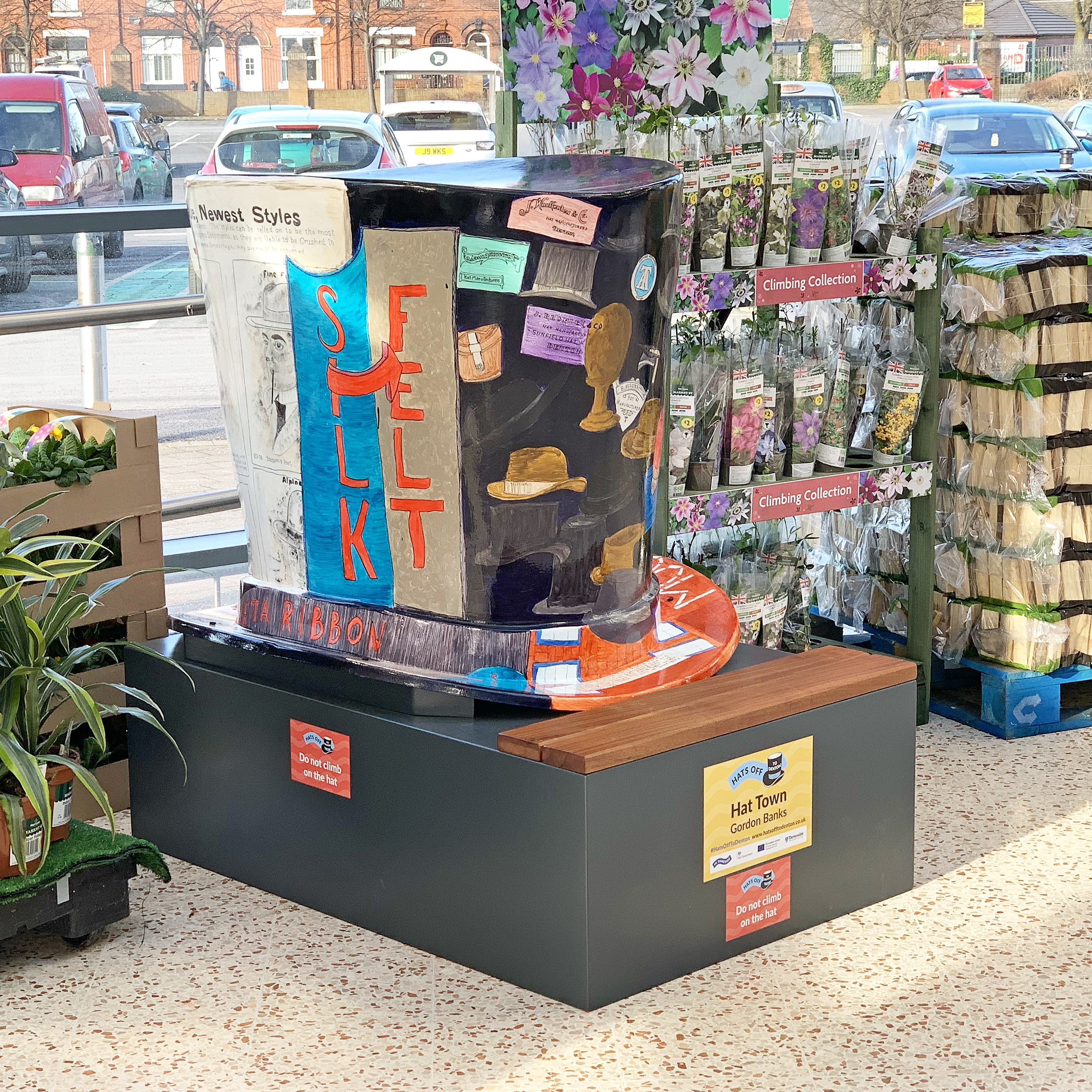 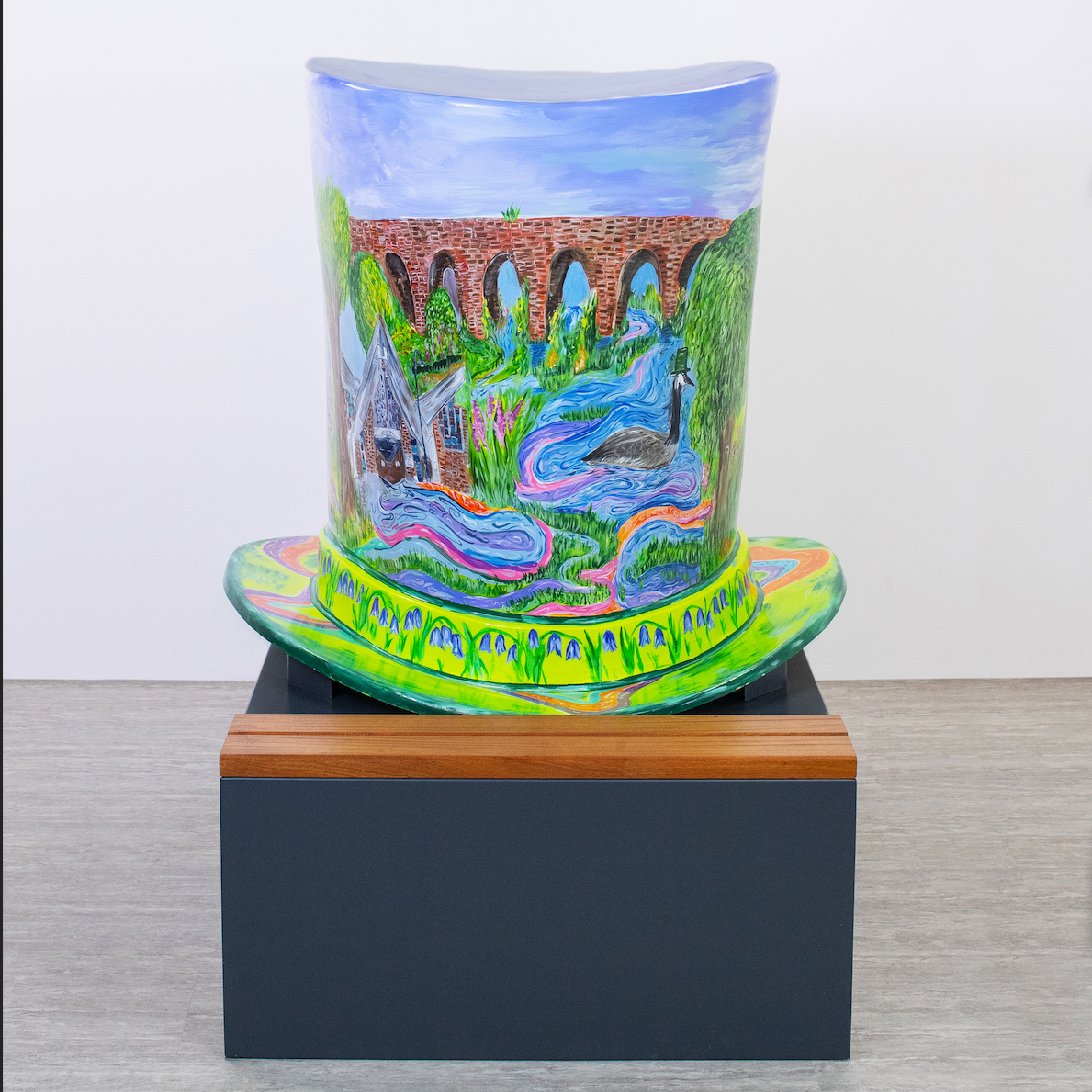 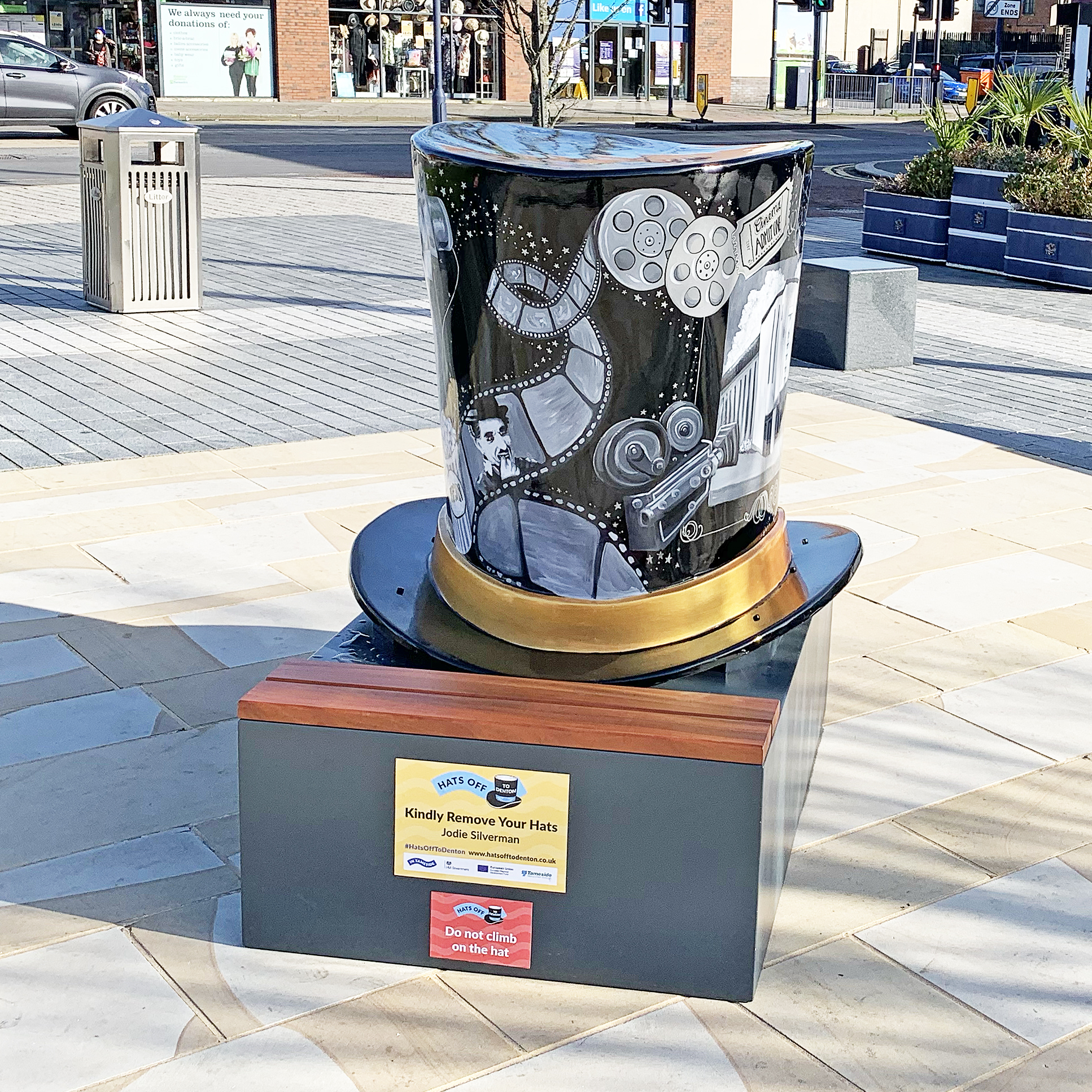 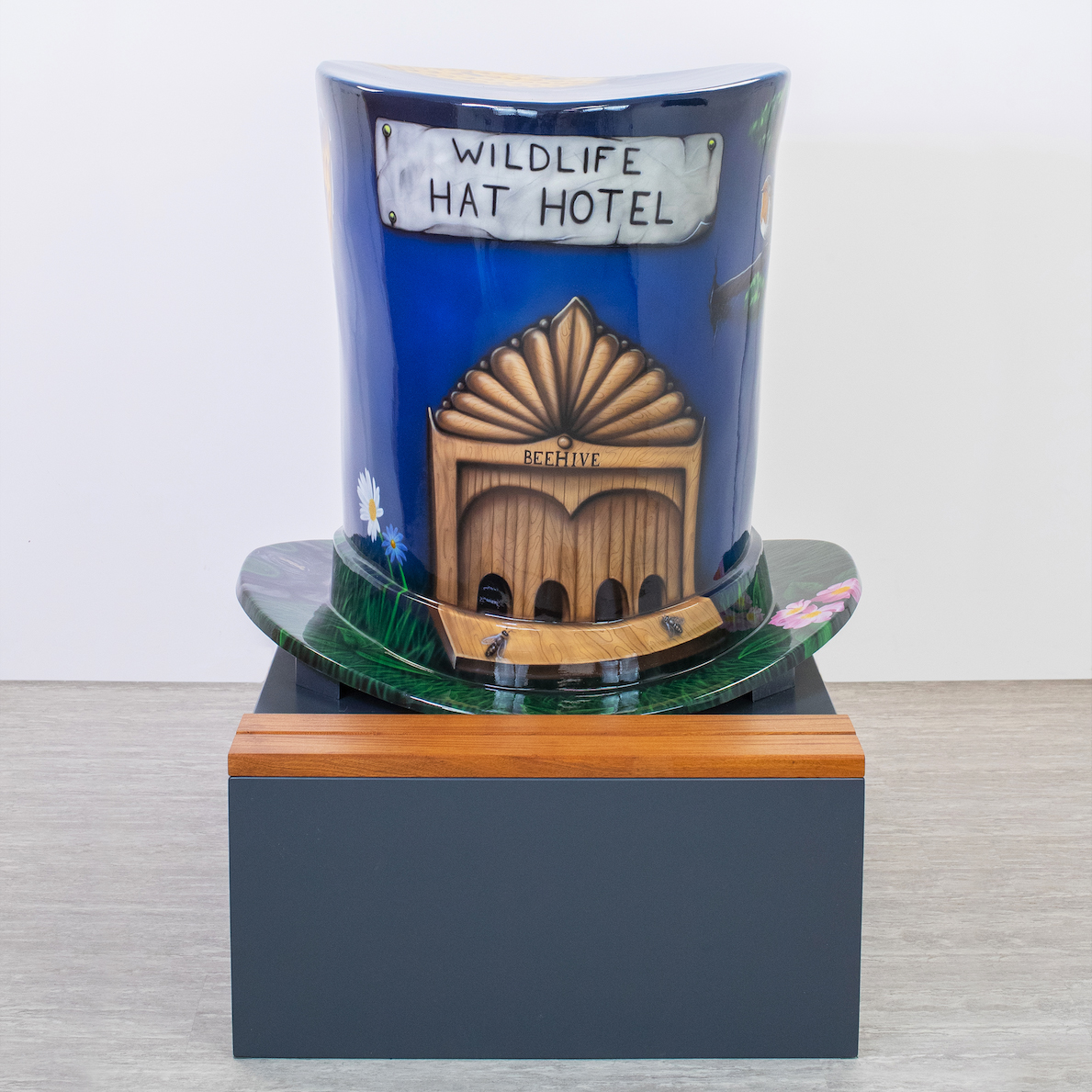 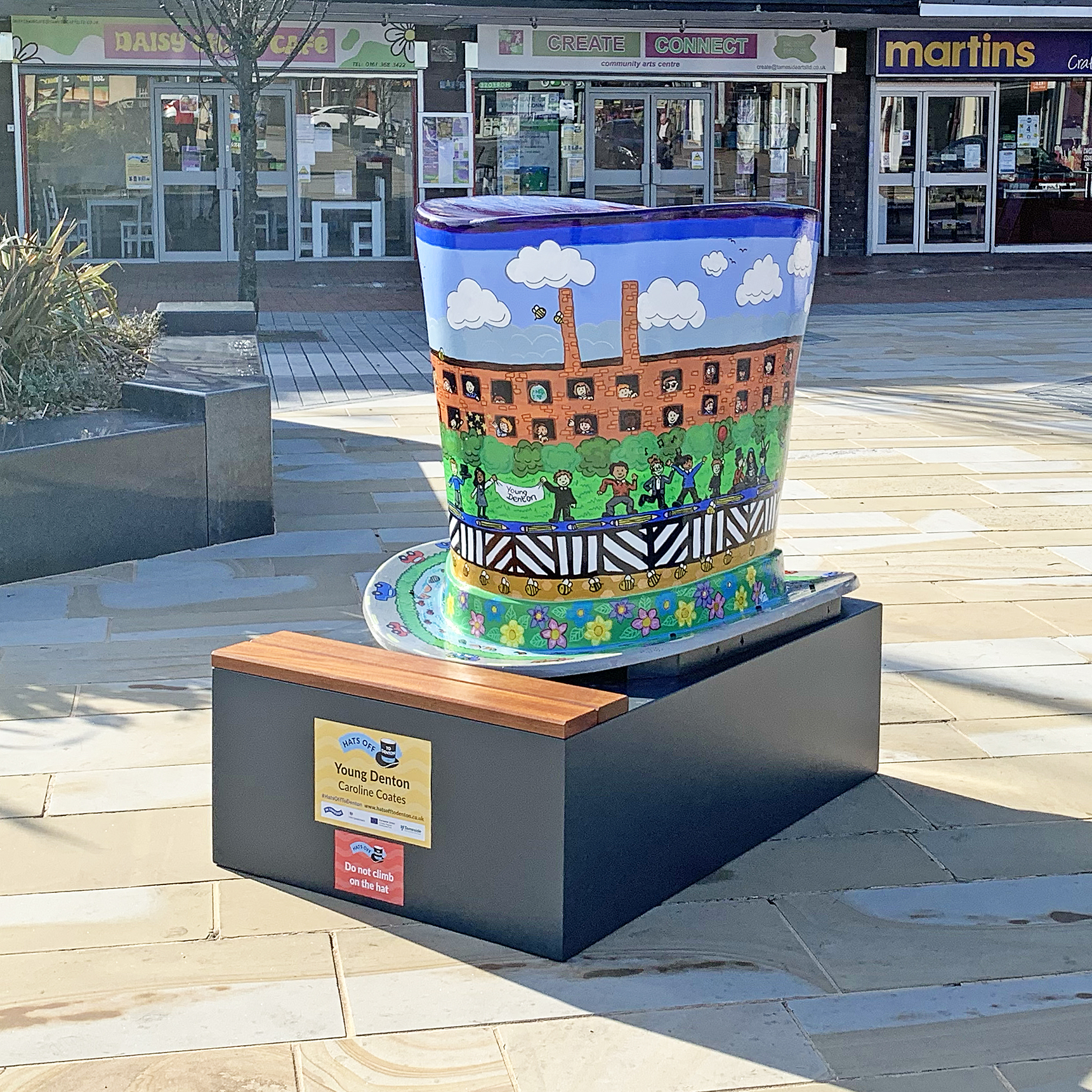 “A great hat speaks for itself”

Following on from manufacturing enormous frogs for Stockport’s Giant Leap trails, Europlanters are proud to have been involved in manufacturing gigantic hats for the “Hats off to Denton” trail.
Inspired by the town’s hatting heritage, Hats off to Denton is a free 15 hat trail, five of which are giant sized situated in Denton Town Centre. The trail was due to start on Saturday 19th February but due to storms Eunice and Franklin, Europlanters weren’t able to install until Tuesday the 22nd.
The trail is due to continue until the end of March 2022.

The two different sizes of hats were created by a sculptor before being made into moulds.
Five giant hats were then created out of GRP along with 10 other smaller ones to go around the town. Each of these hats were then brought to life by being painted by local artists each telling a story about the town.

Back in the early 1900s, Denton was the largest industrial centre for hatting in Great Britain. In fact, at the height of the industry, there were over 80 hatting firms in the town, making the majority of Britain’s hats. Denton was best known for quality felt hats made from beaver and rabbit fur, hence the beaver on that coat of arms.

Today hats are still being made in Denton by Denton Hats, continuing the town’s proud hatting heritage.